Ethical Gamification for a Sustainable Planet
If you struggled with this then check out my introduction to gamification. Most Fortune 500 companies now use gamification in 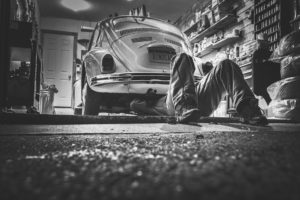 From the Creative Generation to the Hipsters
There are two ads that both play intertextually on the hipster aesthetic to effectively create meaning. They are the 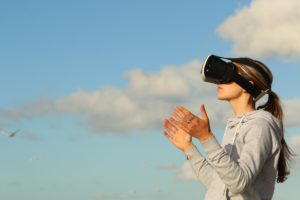 Exploring Gamification
My recent experiences with gamification. https://soundcloud.com/ricky-wright-302037179/vanlife-gamification 1) Connecting with the Community I started collaborating and gamifying the experience early on 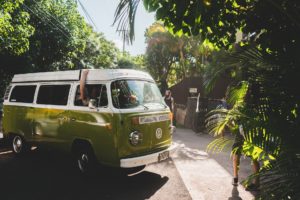 Celebrity and Ideology in #Vanlife
The Wanderlust of #Vanlife (2015) examines the travelling and blogging movement established by Foster Huntington, who quit a Manhattan corporate 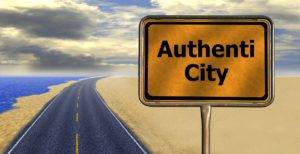 Vanlife, Mindfulness, Minimalism, Serendipity and Finding Purpose
https://soundcloud.com/ricky-wright-302037179/van-life-youtubers-minimalism-and-living-an-authentic-life Question:  You make some interesting points, though I do find myself finding a great deal of beautiful serendipity in 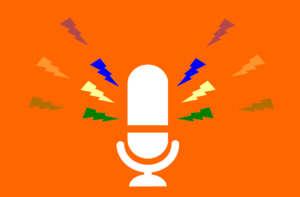 Making a Podcast
This is Episode 1. in the Van life Culture series. Where we put the lens on the van life travelling

I’m Ricky from Communication Generation and this is episode 1 in the Van life Culture series. Where we put the lens on the van life travelling and blogging movement established by Foster Huntington, who famously quit a Manhattan corporate job to travel, and blog full time in Volkswagen.
Vanlife is made possible thanks to the democratising potential if the internet, and crowdfunding sites which allow the little guy to participate. But increasingly the digital media legends I follow who have been there since the internet begun and were celebrating this democratising potential are now claiming capitalist monopolies are now crippling those early utopian visions. What does this mean for van lifers.

like a lot of creative people, van lifers depend on a relatively level playing field if they are to participate successfully.
Hippie culture is intrinsically woven into the fabric of van life. Van life’s origins begin with the hippies of the 1960’s who were in search of a romantic idyllic, natural, authentic way of life, free of the perils of modern consumer culture. A revolutionary VW ad called Think Small was launched and was considered the Mona Lisa of advertising. This was a masterpiece that would come to transform the teenager experience, and consumer culture as we know it – James Dean and blue jeans. At the time the post-war government was encouraging people to spend, spend, spend, and big cars were celebrated as status symbols, in top top-down authoritative one-way conversations.

In contrast, the think small was a revolution in promoting the type of rebellious progressive democratic values we now associate with the hippy movement. The ad launched what is referred to as the Creative Generation in advertising, which was made well known through the Mad Men series. Teenagers tore the Ad out magazines and put it up on their college dorm wall – it was a big deal. In the new consumer society, lifestyle promotion and performing a cool, youthful, progressive brand identity was to become the new norm. The van life hippies of 1960 then adopted the VW because to them, think small symbolised the subversive, non-consumerist, non-conformist values imbued in their utopian dream of a more open, participatory, democratic society.

These utopian visions continue into the early days of the internet in the form of the disruptive counterculture, tech geeks who transformed Apparent into the world wide web. From the start, the utopian vision of the internet has been of the empowered user with access to unprecedented information, a more informed citizen, who crushes authoritarian power, and competes on a level playing field. Today big tech companies led by baby boomers continue to promote themselves as rebel saviours disrupting the status quo.

Democratic, cool, authentic, youth culture is presented as the hallmark of these progressive firms with open offices, slides, skateboards and flexible working styles. When Apple launched its first ad during the 1984 super bowl it promised to disrupt the authoritarian status que and think differently. From Steve jobs, through to Mark Zuckerberg tech gurus enjoy cult celebrity status. They perform this, cool authentic youth persona but ultimately it is only a performance. For a great commentary check out Douglas Rushkoff in his book Throwing Rocks at the Google Bus and in his podcast Team Human and how these tech gurus’ interests in democracy ends where shareholder profits begin. Uber puts people out of work in India and, Air B and B means the cost of housing rises from Barcelona, and Hobart.
Robert McChesney book Digital Disconnect: How Capitalism is Turning the Internet Against Democracy further exposes myth that capitalist interests will create a level playing field,. Increasingly, only a few websites get nearly all the traffic? Google and Facebook, for example, hold some of the biggest monopolies in history and have excessive power to control, government, the democratic system, and sell our data to advertisers. The era of fake news, mass surveillance, slacktivism, and digital distraction are symptoms of the central problem that capitalism tends to create anticompetitive monopiles without regulation.

Crowdsourcing is a way to push back however. Patreon co-founder, Jack Conte was a musician on YouTube he was collaborating with artists like Ben Folds and had millions of hits. In a real-world stadium, he would have made a lot of money, but on YouTube, his take home was about $50 a month. After founding Patreon his support comes from the people who enjoy his work, and contribute a few dollars to have an active role in support him. In 2018 his company Patreon is hosting 100,000 creators, supported by two million patrons, and has paid out $350m. It is getting bigger fast because people want a distributed economy.

Foster Huntington and the van life crusaders also use Patreon to create their art. On social media these modern-day democracy crusaders promote an enviable lifestyle where traditional ideas about buying a house, consuming, and having a huge debt are inverted and get paid for it. With each new generation a new subculture is created, with their own democratic vision.

But we can explore these ideas and more, on the road in another podcast.